From Aurelian to ACW

as some of you may already have noticed, the final part (#4) of my Aurelian-tutorial is now online. It contains many special aspects such as playing interrupts and also gives a short summary. I hope you'll like it.

Here is the link to the video. 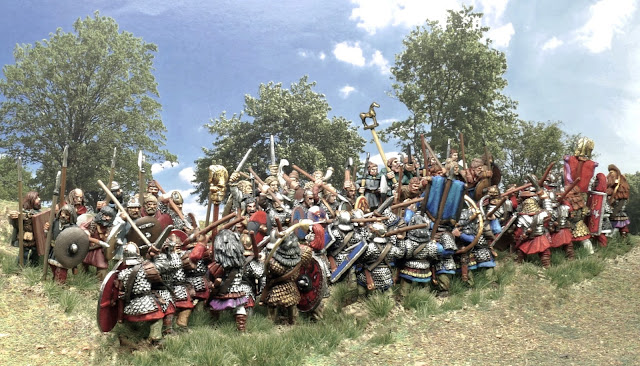 After painting, playing and filming so much Ancients, I think it is time for a little break. I'll use it to finish a project that was long in waiting. Being a great fan of Sam Mustafa's Longstreet, over the last two years I have built two large ACW armies ("large" in any sense of the word, so being both 28mm and more then two units...). They have been used quite a few times but the real finish wasn't done - many of the bases were unfinished and also there were some units missing. So I'm going to remedy this situation now.

You'll see the results rather soon. As an appetizer, here is are a few shots of a small Union unit... 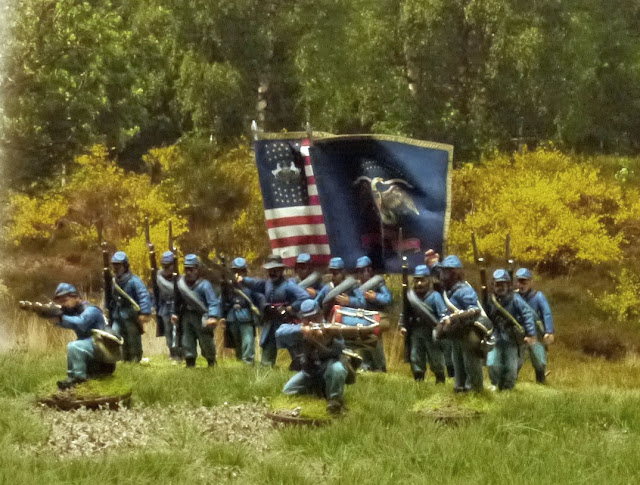 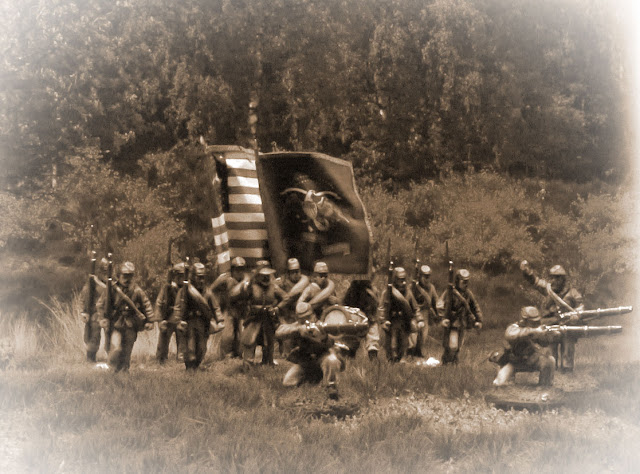 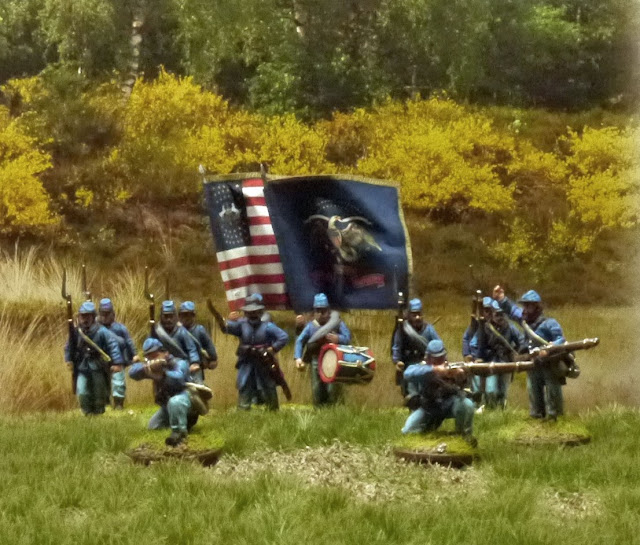